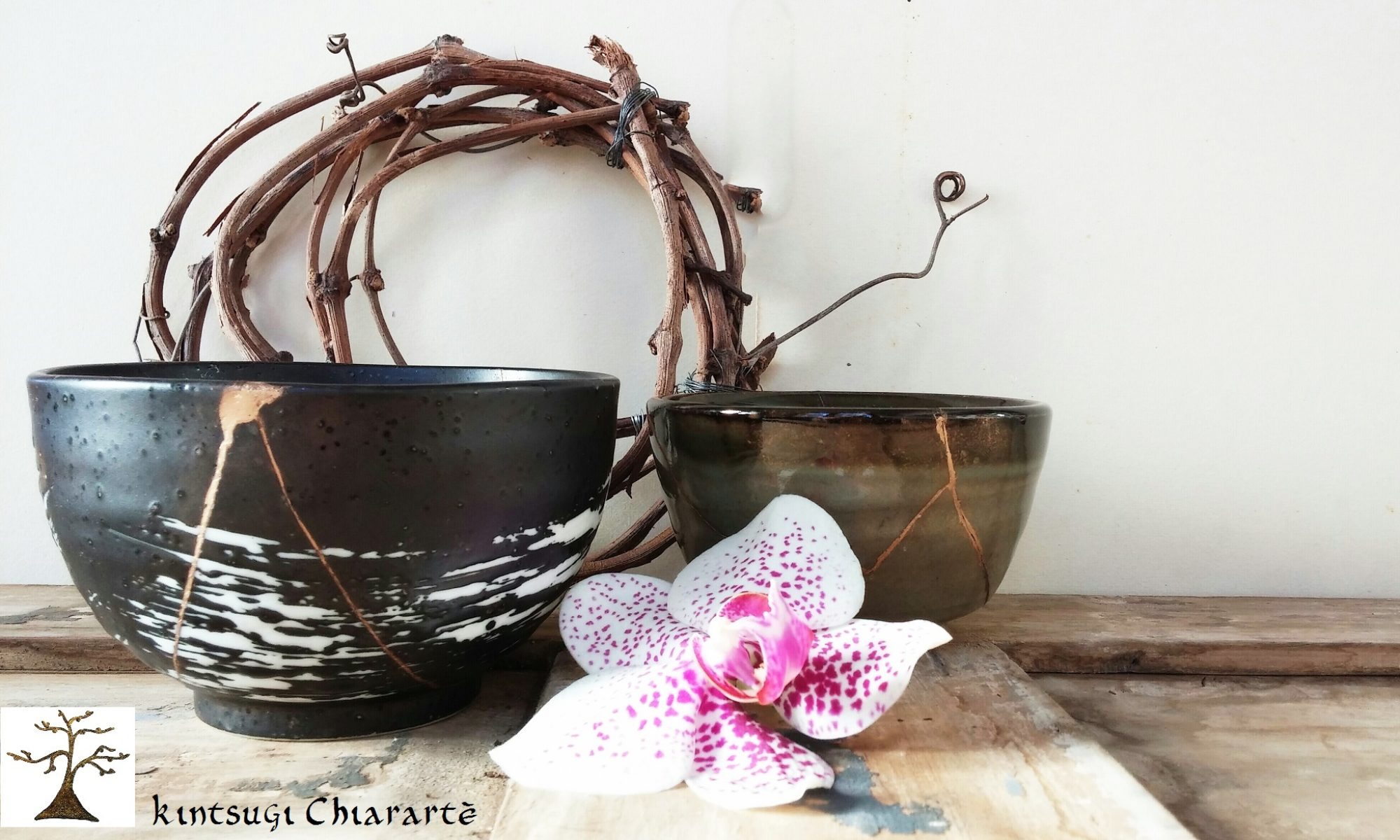 Kintsugi, literally ‘repairing with gold’, is a Japanese technique used to repair ceramic objects. The fractures are left visible, actually highlighted with gold dust, in order to create a new object, a piece of art.

The Kintsugi technique origins in Japan during the Muromachi period, under the shogunate of Ashigaka Yoshimasa (1435-1490). This is a prolific period, from the cultural point of view, called Higashiyama bunka: there are many arts, often imported from China, which arrive in Japan and later are transformed by the philosophy of zen Buddhism. Yoshimasa liked to surround himself with artists and poets in his temple-palace Ginkaku-ji and it was him who gave birth to the cha no yu culture, the tea ceremony, in Japan. The tenmoku cups, low and round, manufactured by master ceramists according to the wabi sabi aesthetic, enriched the ceremony as key part of the ritual. The highest importance was given to the cup: the tea master filled it slowly, turned it many times, then handed it to the guests who, after drinking the tea, praised its beauty.

One of those cups, perhaps the most precious one or the one he loved the most, fell from the hands of Ashigaka Yoshimasa. Immediately it had been taken to skilful Chinese ceramists: the art of ceramics, in fact, was still unusual in Japan, to the extent that in Seto, area of ceramic production, there were only six kilns. The Chinese ceramists repaired the cup according to their standard process, fixing the broken parts with iron braces to sew the fractures. This kind of restoration makes the object solid and durable, but harms the ceramic irreversibly, given the need to make holes in order for the iron thread to pass through for the sewing.

The reaction of the eighth shogun was furious when he saw the ruined cup. The Japanese ceramists tried to repair it using the wabi-sabi aesthetic and the materials at hand. To glue the broken tenmoku pieces they used urushi lacquer, a local sap extracted from the Rhus verniciflua. The fracture lines were highligted with red lacquer and covered with gold dust.

Yoshimasa praised the result: not only had his cup been repaired, but it also had been reborn to a new life, loaded with its imperfections and, because of that, full of beauty: it had become unique.